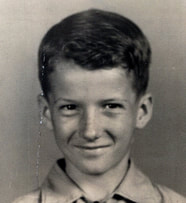 ​Harry (“Sonny”) was born in Burnsvillle, a small town in the hills of West Virginia, to a dad who was a much-loved teacher and a young, lively, vivacious mom.  Sonny loved hiking the hills, exploring the caves, rowing his johnboat in the river, running across swinging bridges, and teasing his younger siblings.  When his mom ran out of discipline options, his aunt would sneak up to the house and peer into the windows dressed as Santa.  Sonny would behave for a bit, but he quickly reverted to more shenanigans. His life took him to many places, but he never lost his love for Burnsville, his fun-loving family, and a good joke or trick to keep daily life interesting. 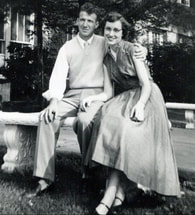 By high school, he had become a bit of a bookish nerd.  College brought out his confidence and on a bus ride back to Burnsville, he asked out the popular girl in his high school class.  Harry and Jeanne were married for 54 years. ​ 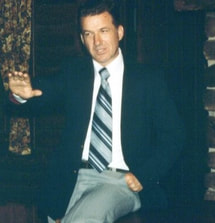 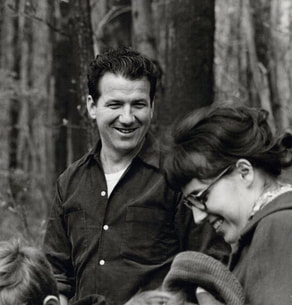 He was most comfortable hiking a trail.  He led weekly hikes for family and friends.  He backpacked much of the Appalachian Trail. He spent a summer in a lookout tower in Idaho.  He took up spelunking.  Yet he was always teaching – showing hikers how to make sassafras tea, swing from a grapevine, tree ride, identify trees, observe ant hill dynamics, or catch a crawdad. ​ 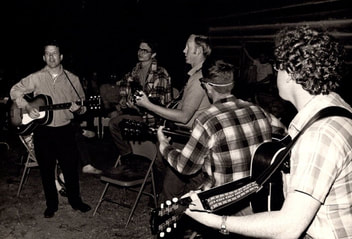 Music was the backdrop of his life.  He loved bluegrass, gospels, and old country music.  He played solo with the slightest provocation.  He played in many groups over the years, with a particular favorite being a group of other forestry professors that played under the name Chordwood at local coffee houses and forestry conventions – complete with a banjo, fiddle, and gutbucket.  Most of the songs were about train wrecks, broken hearts, and deaths, and Harry belted them out – songs from the heart, sung through the nose. Gospels were in keeping with Harry’s faith. He believed faith helped people be better and treat each other better.
Harry loved technology, although he reassured Jeanne she was his first love regardless of how much time he spent with technology.  He worked with computer systems since the punch-card days.  One of his early work computers took up half the space in his large office.  He loved programming and continued to dabble in it after retirement.  For holidays or birthdays, he only counted something as a true gift if it was a piece of technology. ​ 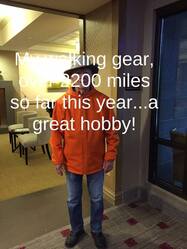 After Jeanne’s passing, Harry spent a year writing sad songs and poems then packed up and moved to Mercer Island, Washington to be close to family.  He was a well-known fixture as he walked miles and miles on Mercer Island, sporting a Tilley hat and an orange coat.  He was a friend to the crows and kept them well-fed.  He made a dear friend, Maggie Bennett, another musician, who, together with Harry, provided sing-alongs to their fellow residents at the Aljoya community. ​
On a blue moon, Harry passed away peacefully in his sleep at home with his family.  His nurses thought he might have a few more days but, true to form, he was never late to anything.  He used to say he would be early to his own hanging.
Harry is preceded in death by his wife, Jeanne.  Harry leaves behind his daughter, Teresa Wiant, son-in-law, Rodney Tullett, grandsons, Graham and Camden Tullett, siblings, Patricia Ridpath, Maryann Bucklew, and Sammy Wiant, and a widespread, loving extended family. 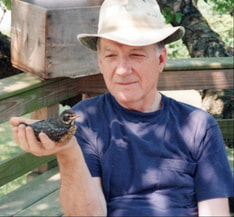 The best way to honor Harry’s memory is to take a hike, be friendly to a stranger, or feed the crows. Please don’t feel obligated, but you can donate toward a college scholarship in his honor for a Burnsville student.  Burnsville, like many rural towns, has fallen on hard times, making a college education further out of reach for many.
Click to donate to Burnsville Scholarship in honor of Harry V. Wiant, Jr.